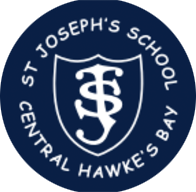 Tradition has it that the first Masses were said in the Wanstead pub and a chapel at Wallingford.  The Waipawa parish built a church in Waipukurau in 1900 and sent the sisters of St Joseph of Nazareth to teach catechism and school in 1923.  A church school opened in 1926, a convent in 1930 and the present church in 1956.  In 1961 Waipukurau became a separate parish and the presbytery was built in 1964.  In 1982 St Joseph’s became part of the new Parish of the Holy Trinity, Central Hawkes Bay.  The new St Joseph’s school was opened in 1990.

Get the SchoolAppsNZ Mobile App